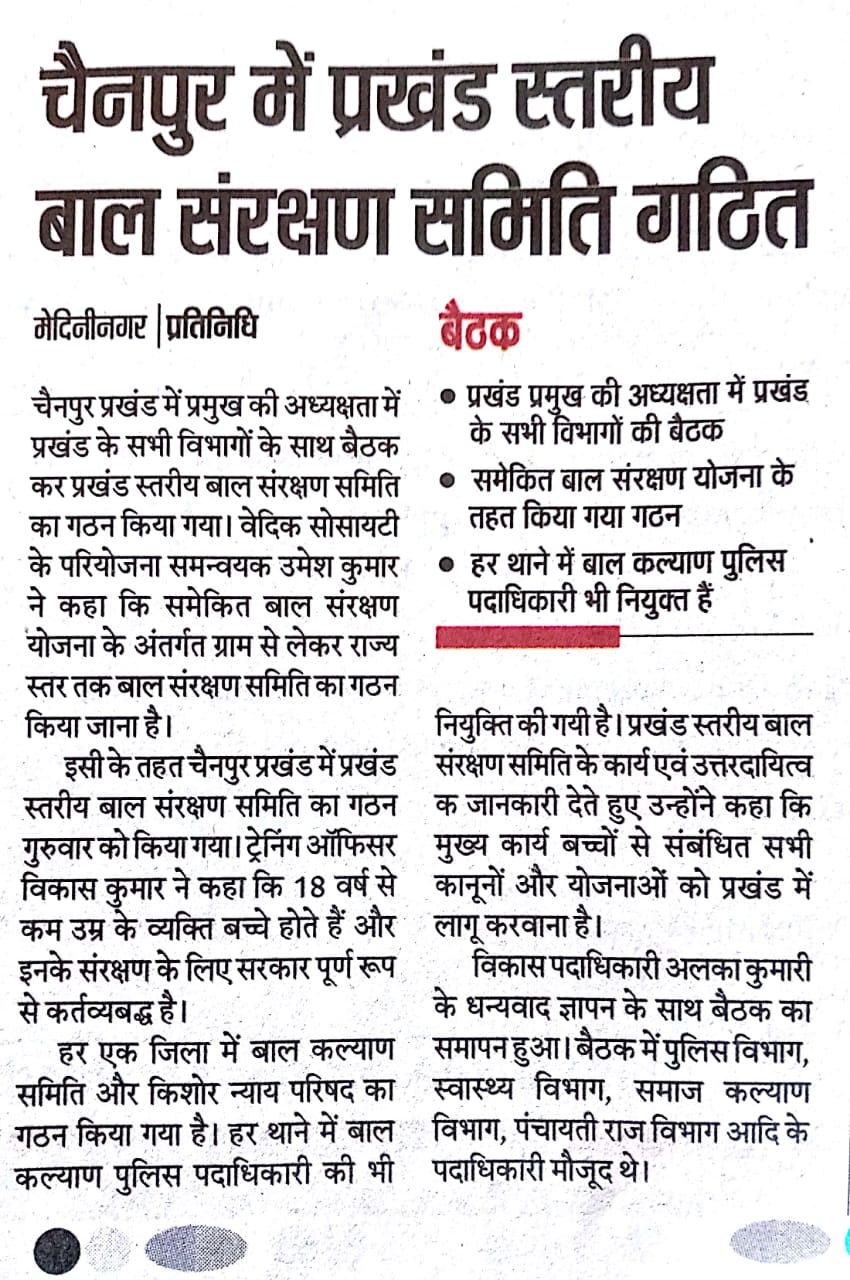 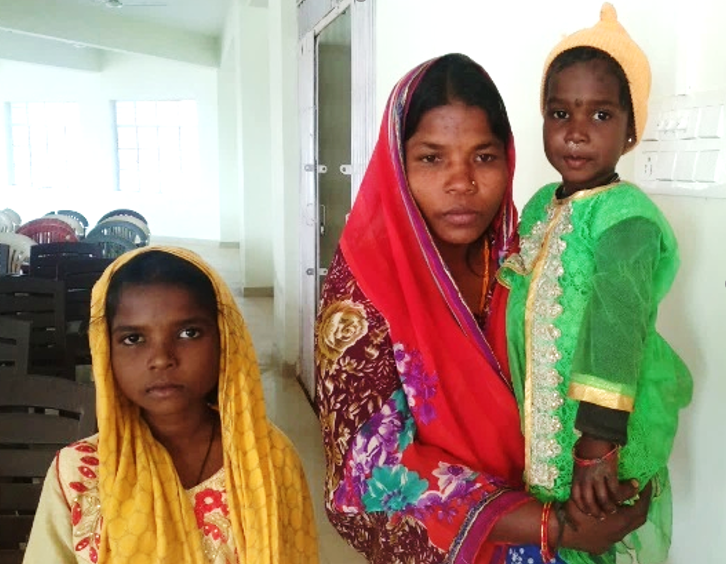 Prabha Devi lost her husband two years ago and lives with her two children, Puja Kumari and Mantula Kumari in village Kato, Block- Mahuadanr (Latehar). She was unable to fulfill their daily requirement. Finally Puja dropped out her education. She applied for widow pension schemes one year ago but only moving around the block office. This information came to notice of BCPC through a social activist then BCPC called a meeting on 10th December 2018 and took string decision for her betterment. Puja was re-enrolled in school and her due fees was left by school administration and Prabha Devi was facilitated with widow schemes. BCPC is trying to add the puja with sponsorship scheme. 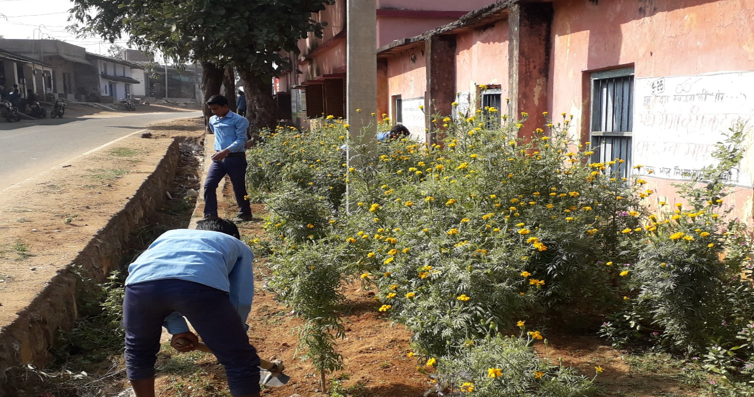 This is the story of High school Patratu situated at 10 KM far from collectorates. In this school, children from scheduled tribe and tribal communities come from an area of 5 kilometres. In this school 290 boys and 306 girls are enrolled.

The workers of the VEDIC Society met the children of Bal Sansad, the children were given two days of training by the society. Time to time, the staff of VEDIC Society took part in their meetings and told them about new ways to improve the school. After this some bal sansad members were taking initiative and organise regular meetings. After a few months VEDIC staffs were started to give task in their meeting and gardening is one of the tasks which given to the child cabinet in monsoon. Thereafter the Prime Minister Miss Juli Kumari, environment minister Aman Kumar, Sahbaj Khan and all the Bal Sansad members were decided to start the gardening in the vacant places outside the school.

After the children had made up their mind, what was the matter? All the ministers chose vacant places outside the school for gardening and after cleaning them, they planted a flower plant there.

Now this is the situation where people around the school throw dirty things there, the flowers of marigold are spreading fragrance. For this, the Children’s Parliament deserves congratulations. 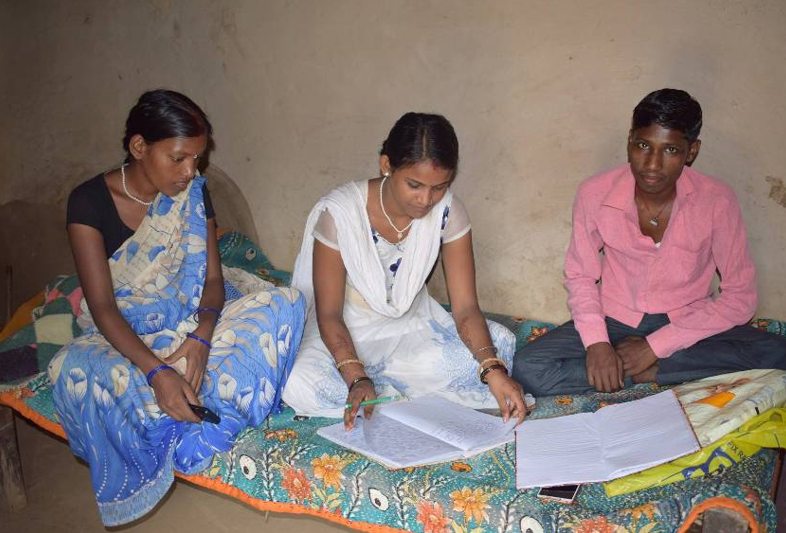 Ms Renu  Kumari (Departed child) Case No. 1190 was associated with VEDIC Society(ChildFund India Project) in 2006 Target village Dulsulma. There were 07 members in her family. Father Mr. Nanhu Prajapati was a daily wage labour and mother, Mrs Purni Devi is house wife. Her father work hard to fulfil the family requirements but somehow he failed. When Renu Kumari was enrolled and got sponsored. Her life changed in many ways.

She was very generous and active participant in the program. She got help and support through DFC and program’s. She was very hard working girl. She continued her studies as her Sponsor helped & supported her by DFC (Amount every month). She started her tuition’s with that money and also a big support to her family. Her father also supported her in studies.

She has now completed her 12th grade and doing a job in JSLPS(Jharkhand State Livelihood Promotion Society). Her post in JSPLS is RBK(Resource Book Keeper) and she is earning monthly Rs.10-22,000.

She is now very happy and supporting to her family.  Rennu kumari got married in Aril 2018 in Balumath (Latehar District). Her husband is a small business man. He supported Renu to continue her work in JSLPS. Now she is a independent lady and also a good wife.